I am proud to say that I traveled with a sprained ankle but still managed to hike, swim, and eat. 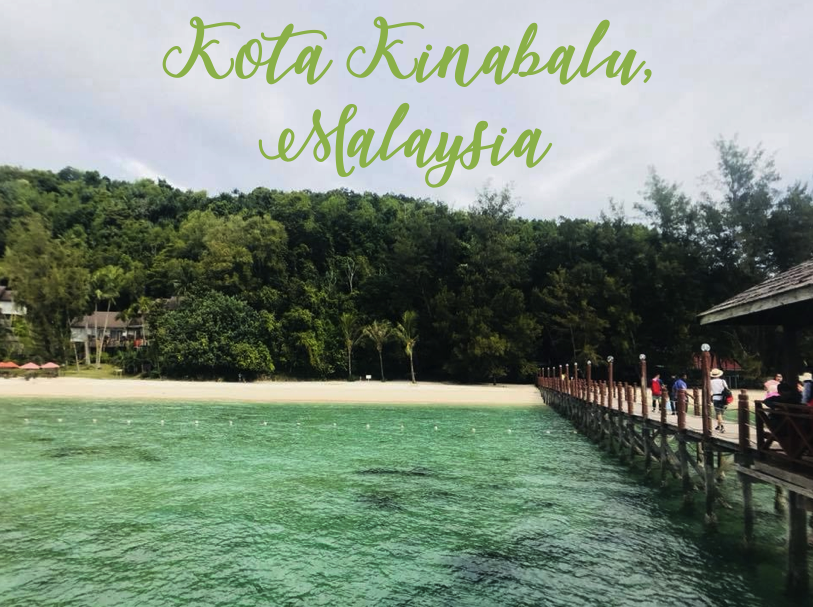 Yes, being the paranoid and 4.0 girl that I am, I sprained my right ankle on the eve of my Strama (MBA Thesis) Defense because I am that stupid. What a nightmare. Although I still got a 4.0 and managed to meet my target QPI to qualify for the honors, having a sprained ankle made my Kota Kinabalu trip a little bit of a challenge.

Taking the pain relievers, applying a lot of Katinko, Tiger Balm, and Salonpas, and pretending to be okay by removing the bandage in my ankle in front of my dad, who is, by the way, a doctor, were just some of the things I did to be able to be on this trip. Acting Skills = 5 Stars. Nailed it!

My bride-to-be cousin and I booked a three-day adventure in Kota Kinabalu (KK), Malaysia or also known as Sabah, during the ASEAN weekend in November 2017. We took a red-eye flight from Manila to Kota Kinabalu, and arrived at the airport at around 1 in the morning. We took an Uber from the airport to our sketchy hotel.

Sketchy. The place leading to our hotel was sketchy. OMG, I swear I cannot contain my fear as we were walking on this market/food cafeteria in the middle of the night. We couldn't locate this sketchy hotel, which apparently was on the 3rd floor of this market. There were no visible elevators in the vicinity and the stairs were locked - so how the hell are we supposed to get into this hotel? Out of fear, I was seriously considering booking a legit and expensive hotel nearby.

Since we were just staying for 3 days, we opted not to avail any pocket wifi/sim card, which left us with no choice but to call the manager of the hotel. Finally, he went down and fetched us from this seemingly secluded area.

The hotel - it was probably like a sketchy motel. But, we were just so tired and sleepy to complain. It was a good thing though that we only stayed at this hotel for two nights and transferred to a more acceptable hotel for our last night. 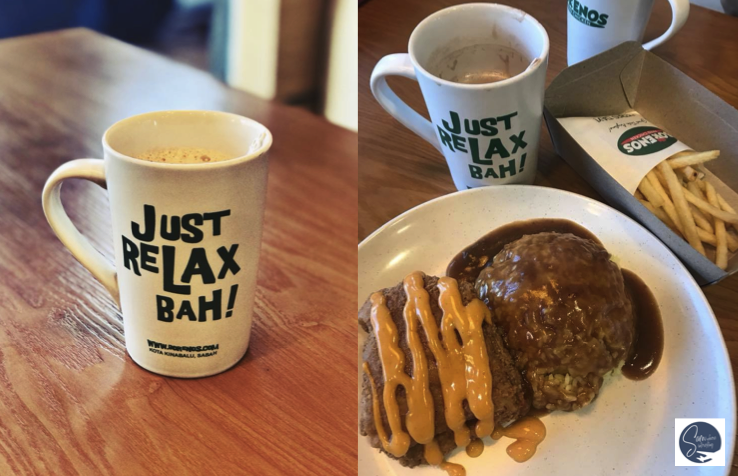 We started our day with good breakfast. Just below our hotel, we ate at Borenos, which is a fast-food chain specializing in fried chicken. Since I was hungry, I ordered a Chicken Rice Meal with Cheese Sauce and Gravy, with a side of French Fries, and Hot Chocolate.

Unlike in Kuala Lumpur, Malaysia's Capital, there are no trains in Kota Kinabalu - only Uber/Grab. So the optimal solution to be able to travel around without walking too much is to avail discounted tours. 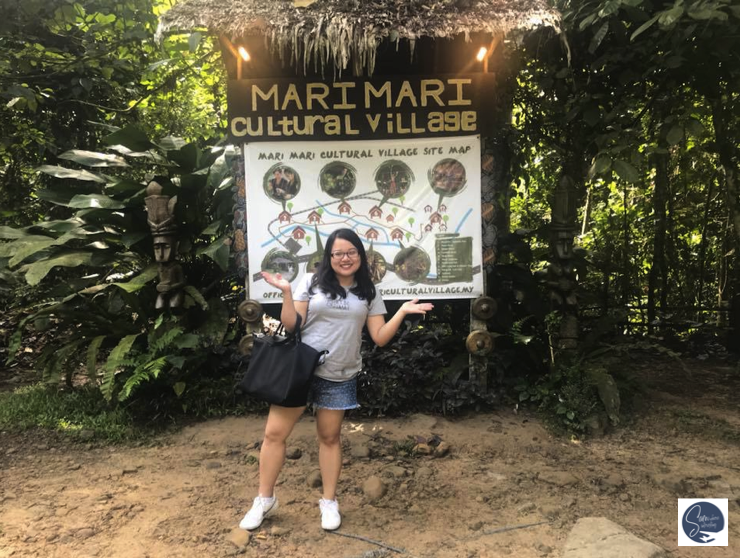 We availed the Mari-Mari Cultural Village tour from Klook for only Php 2,013 ($38). It was not that expensive, considering that you'll be touring to different Malay-themed villages, sampling rice wine, corn, and some delicacies, and eating a buffet lunch. The tour also included a pick-up/drop-off service to and from our hotel. It was pretty convenient. 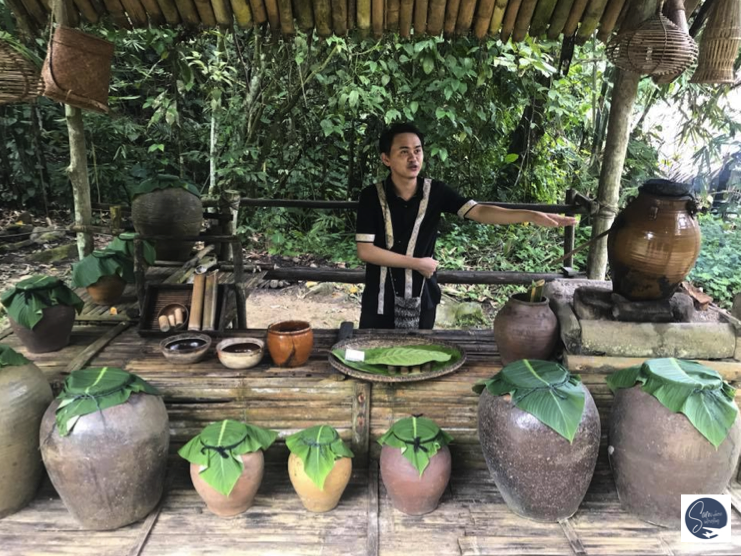 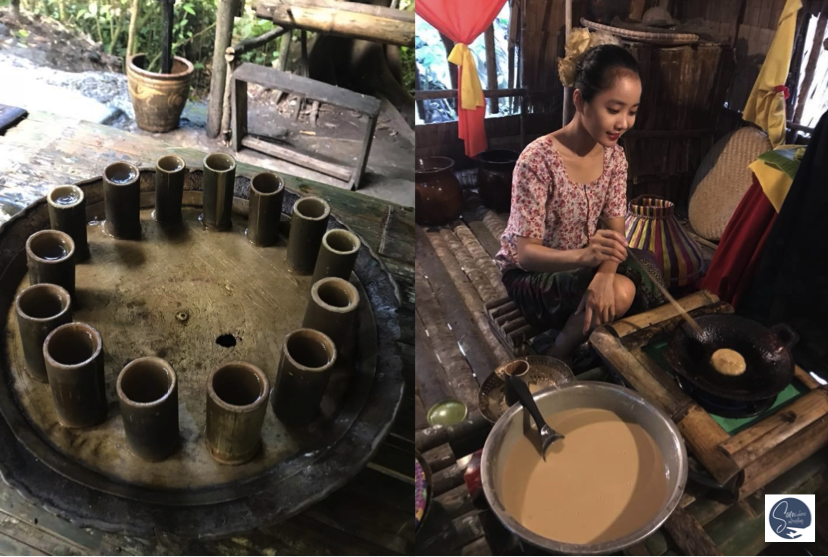 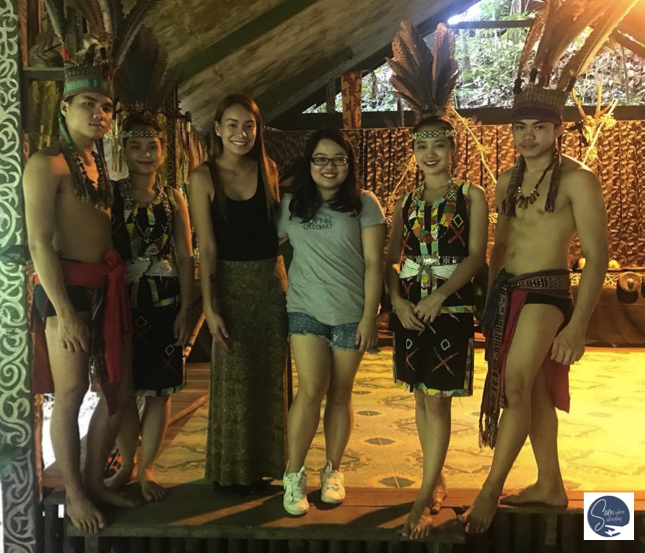 Before going to the mini-hike/tour, I suggest applying mosquito repellant and sunblock because the place is surrounded by plants and water, which may trigger insects to bite you. The tour consisted of 12 activities, with around 8 village themes. The tour is a good way to learn the traditional life of the Malay locals and watch local cultural shows. It ended with a cultural Malay performance and a scrumptious lunch buffet. 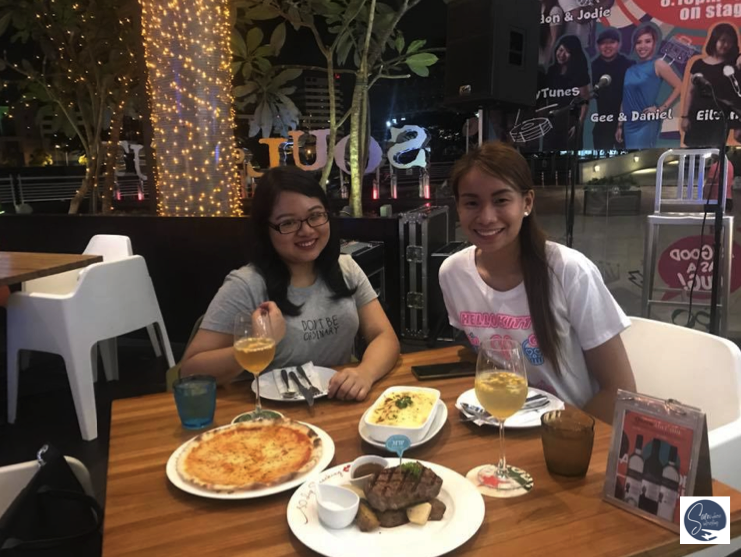 We capped off the night with a good order of steak, pizza, mac and cheese, and a glass of Sangria from SEOULed OUT at the Imago KK Times Square Mall.

After Breakfast, we were picked up by the tour guide, who took us to Manukan and Sapi Islands for a whole day adventure at the beach. Manukan Island is known for its crystal clear seas and vivid greenery. It also has some recreational facilities, such as picnic zones and tables for lunch. 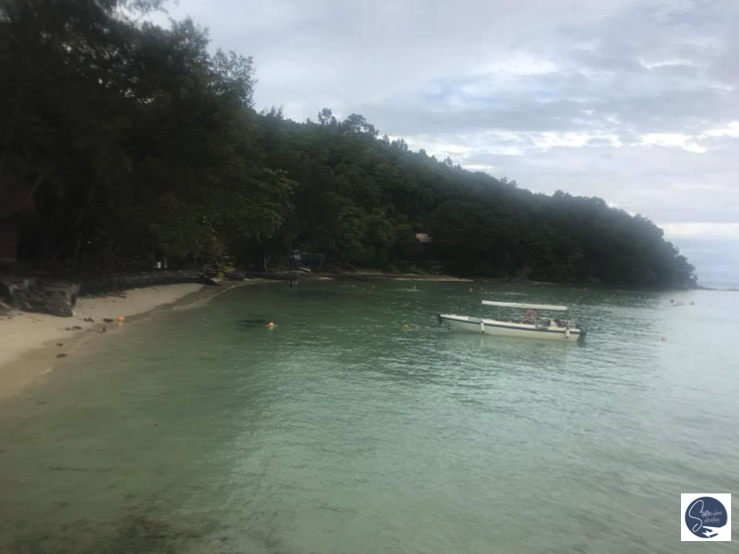 The beach - average, nothing special. The white sands of Boracay or Coron in Palawan are still better and more beautiful. Probably the best thing about this tour would be the seafood / BBQ lunch, which was best enjoyed as we ate on the beach front. 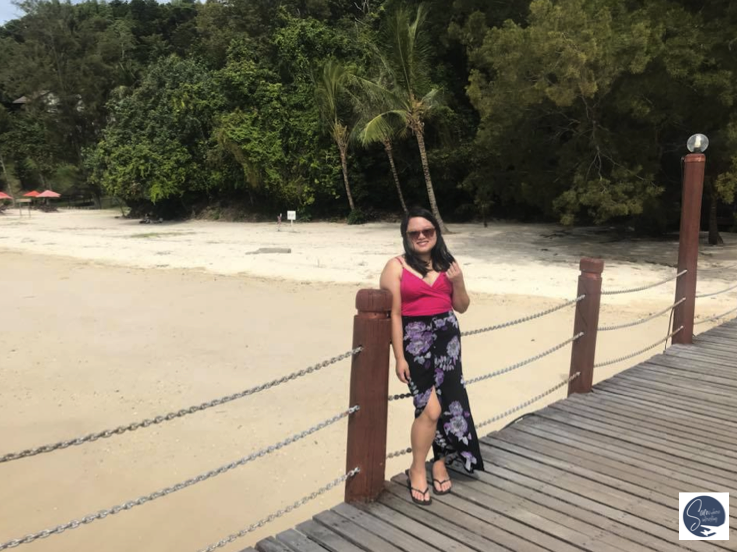 We then headed to Sapi Island, where we just strolled along the shore and waited for our boat to arrive to bring us back to the main island. You may also opt to do kayaking or ride a banana boat ride on the island, which we did not avail since it was already about to rain as well.

After the tour dropped us at the sketchy hotel, we checked-out and headed to Pacific Sutera Hotel. Our first priority was to inflate my cousin's life-sized ice-cream and mermaid tail salbabidas and take pictures at the beachfront and the hotel's pool area. 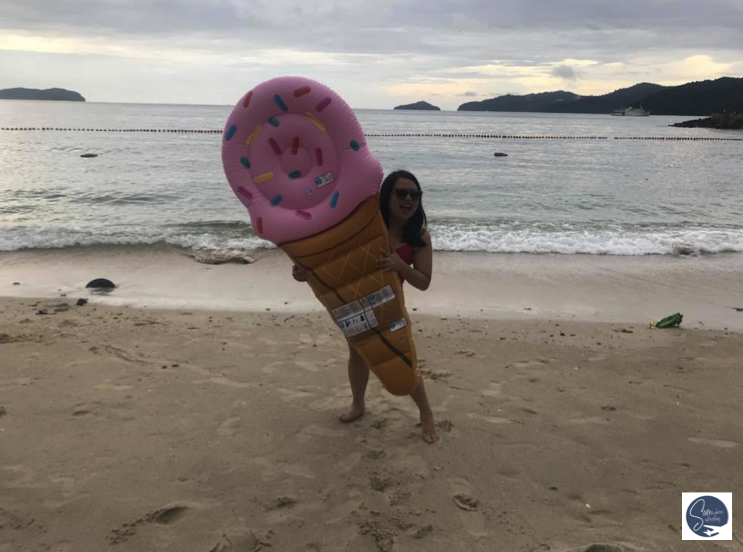 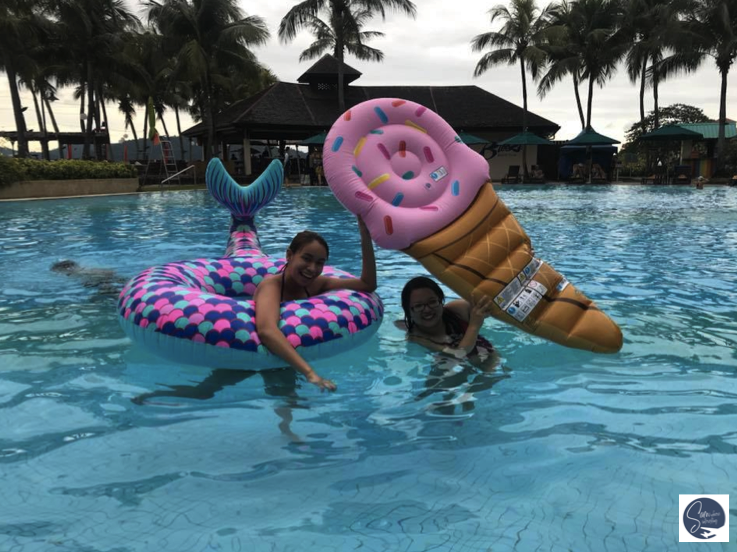 Nothing but only with our weirdness and confidence, we bravely carried the life-sized floaters and received a couple of weird and long stares from the other hotel guests. 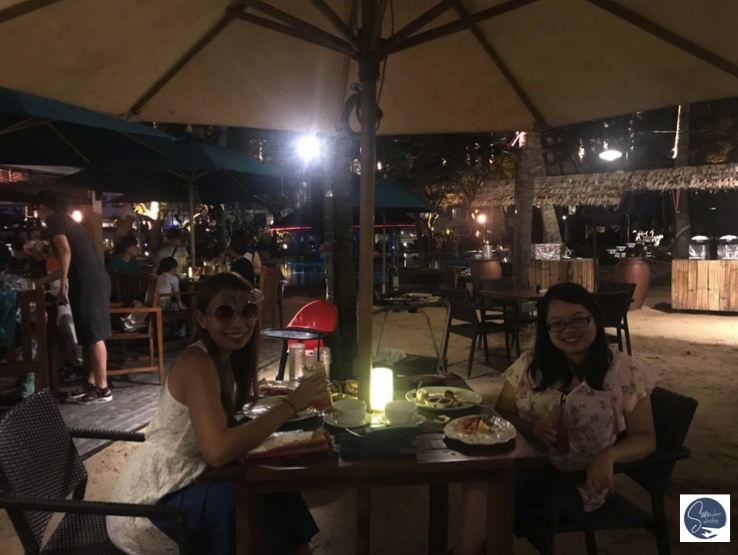 After freshening up, we headed down for a buffet dinner with a cultural / fire dance show. 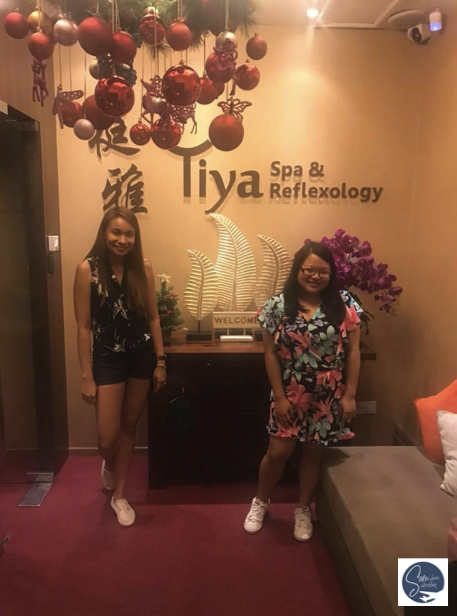 To be honest, there seems nothing to do in Kota Kinabalu, but to just swim and eat. We started with a buffet breakfast at the hotel and spent the rest of the time before checking-out at the bathtub. We then headed to the Imago KK Times Square Mall and stayed for 6-8 hours at a coffee shop (I was just doing the revisions for my thesis paper).

Since our flight was still at 2 in the morning, we headed to Tiya Spa & Reflexology for an hour of pure bliss and serenity. We opted for a full body massage, with a concentration on my sprained ankle. For about Php 1,300 ($25), I walked out of the massage room happy. I think this place has a good remedy for sprained ankles.

So that is my take on Kota Kinabalu. It more or less like the Philippines, but it was still a good 3-day break for us.

One Thought to “Three Days in Kota Kinabalu, Malaysia” 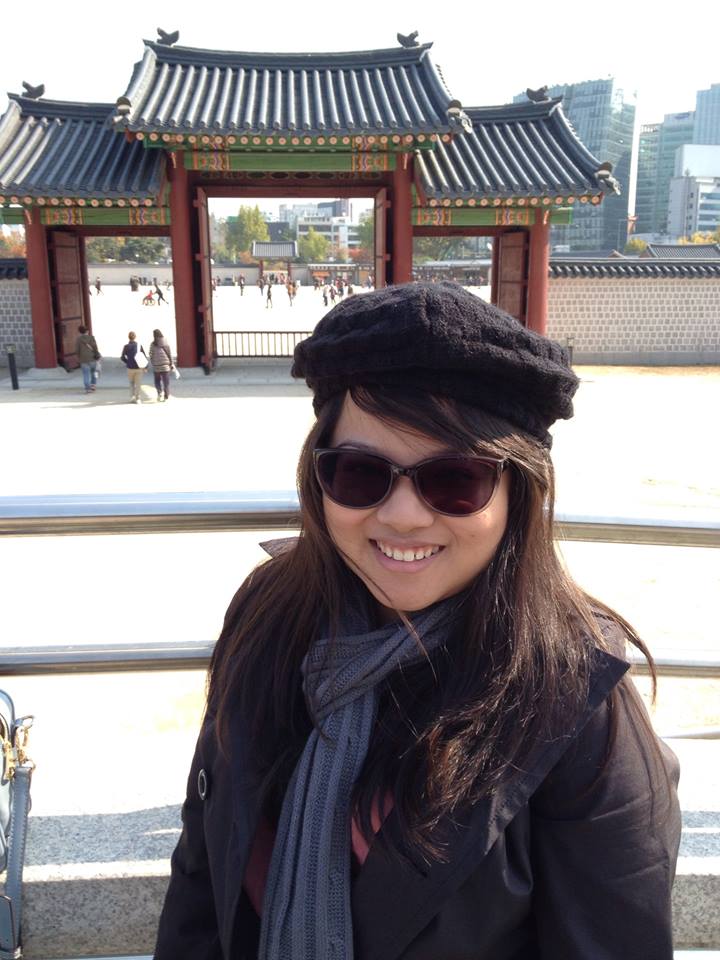